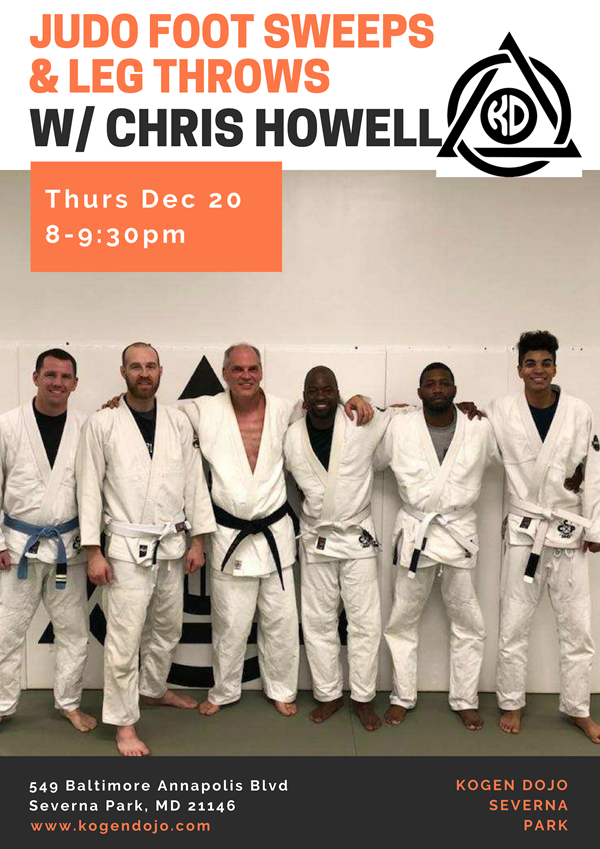 I started my study of judo in Michigan in 1995 under the instruction of James Peacock (yodan).

My interest in judo began in Ethiopia back in 1993 when my wife was the victim of a mugging. A man attempted to steal her purse and when she screamed I turned and caught the perpetrator. He put up a struggle so I did the only thing I knew how to do: use brute force and strength. I ended up seriously injuring the guy, but then I felt bad because I realized that I didn’t have to use that much force against him. But it was the only thing I knew how to do. I made the determination at that time that I would study a martial art that would teach me effective means of subduing an individual without having to hurt them. Fast forward to the year 1995 when I was introduced to sensei Peacock.

I quickly realized the efficiency of judo and studied it with a passion. In 1997 I competed in my very first tournament at the Michigan State Championships and won the silver medal in my division. This only served to inspire me more.

In June of 1997 I moved to Maryland and immediately began to look for a dojo where I could continue my study of judo. I briefly studied under Sensei Edwin Takemori at the Deerfield Run Community Center in Laurel until they were forced to move on. I then did an internet search and found Huio Judo Beltsville led by Sensei Kevin Tamai. I’ve been there ever since.

I received my black belt (shodan) in April 2012 and accomplished one of my life goals. One of my other life goals was to purchase a brand new Harley Davidson motorcycle which I did in 2004, and have been riding it ever since!

I am the owner of a carpet dyeing company, Colorful Carpets, and enjoy playing racquetball and traveling in my free time. I am also a musician and stay active in my church where I sing, write music, and play keyboards. I’m also a youth leader for Canvasback Missions, a mission organization based in California, and lead youth teams to the islands of the South Pacific to help refurbish island schools, churches, and hospitals. And I do, of course, teach judo to the island children!

In my judo I strive to help others to learn and grow and have a strong desire to teach the etiquette and respect of judo.

Site by AT Integrated Inc